Geologic Carbon Sequestration (GCS) has been widely considered as a significant means for reducing CO2 emissions to address global climate change. The caprock sealing plays a key role in determining permanence and security of carbon dioxide (CO2) storage in geologic formations. This study presents geochemical modeling of CO2–brine–rock interactions in a deep saline aquifer in the Jianghan Basin, which is a potential target for CO2 injection and geological storage. A one-dimensional model was developed to investigate the changes in caprock permeability caused by CO2–brine–rock interactions under the diffusion mechanism. The results show that the dissolution of K-feldspar and albite plays a key role in the variation of caprock permeability, which makes permeability increased by 60% at the bottom of caprock. The caprock permeability is increased with temperature by enhancing the minerals dissolution of caprocks. In addition, the common-ion effect generated by the increased salinity inhibits the minerals dissolution in caprock. 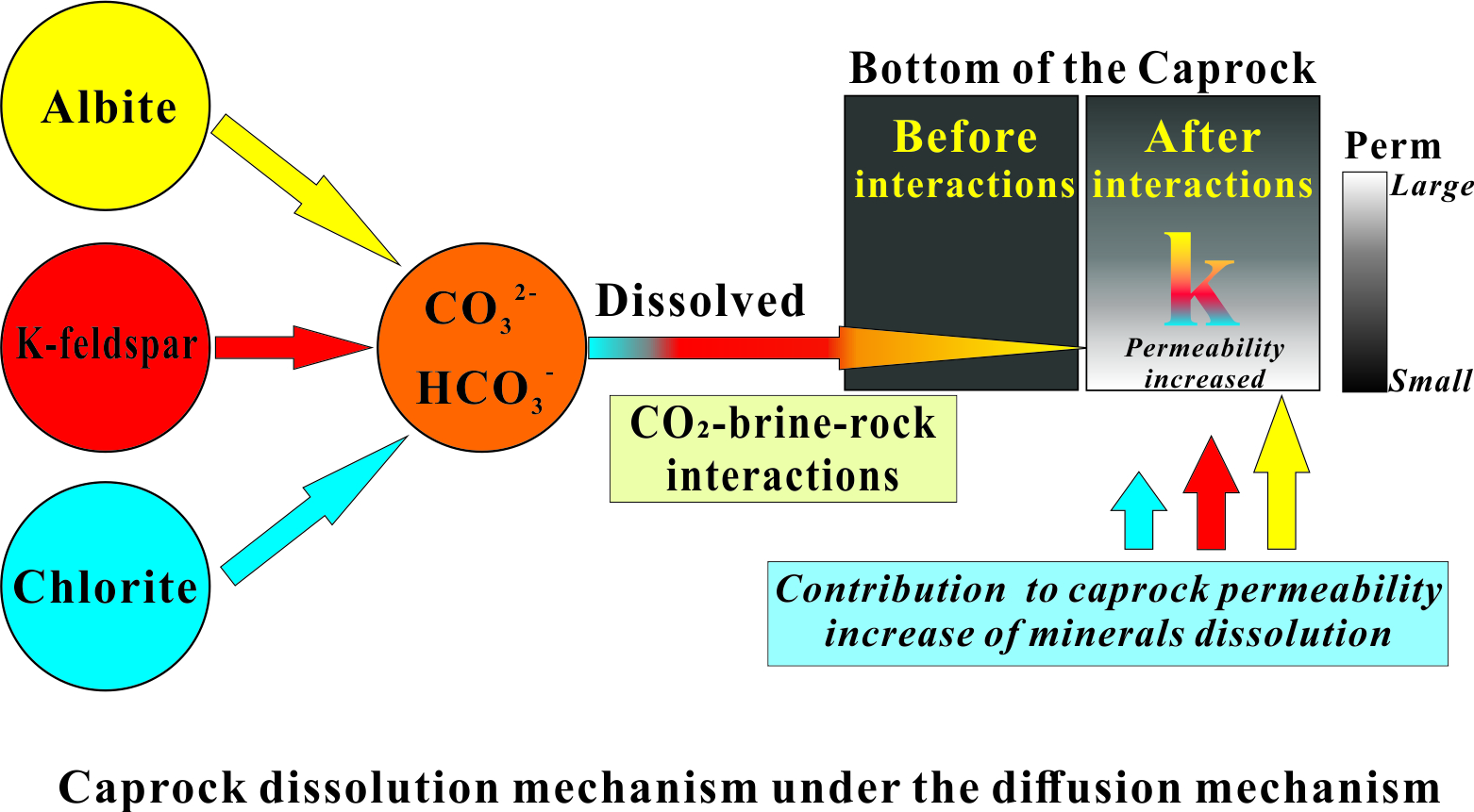