A single-hole n-dodecane spray flame is studied in a Large-Eddy Simulation (LES) framework under Diesel-relevant conditions using a Multiple Representative Interactive Flamelets (MRIF) combustion model. Diesel spray combustion is strongly affected by the mixture formation process, which is dominated by several physical processes such as the flow within the injector, break-up of the liquid fuel jet, evaporation and turbulent mixing with the surrounding gas. While the effects of nozzle-internal flow and primary breakup are captured within tuned model parameters in traditional Lagrangian spray models, an alternative approach is applied in this study, where the initial droplet conditions and primary fuel jet breakup are modeled based on results from highly resolved multiphase simulations with resolved interface. A highly reduced chemical mechanism consisting of 57 species and 217 reactions has been developed for n-dodecane achiving a good computational performance at solving the chemical reactions. The MRIF model, which has demonstrated its capability of capturing combustion and pollutant formation under typical Diesel conditions in Reynolds-Averaged Navier-Stokes (RANS) simulations is extended for the application in LES. In the standard RIF combustion model, representative chemistry conditioned on mixture fraction is solved interactively with the flow. Subfilter-scale mixing is modeled by the scalar dissipation rate. While the standard RIF model only includes temporal changes of the scalar dissipation rate, the spatial distribution can be accounted for by extending the model to multiple flamelets, which also enables the possibility of capturing different fuel residence times. Overall, the model shows good agreement with experimental data regarding both, low and high temperature combustion characteristics. It is shown that the ignition process and pollutant formation are affected by turbulent mixing. First, a cool flame is initiated at approximately stoichiometric mixture and propagates towards the rich side. Hence, heat and radicals are transported away from the most reactive mixture and thus the ignition is delayed. At the same time, the transported heat and radicals increase the reactivity of rich mixtures, which strongly affects the CO formation. NO was found to increase compared to the no transport case due to enhanced mixing, which is related to a broader high-temperature zone and the additional transport of oxygen from lean into high-temperature regions. 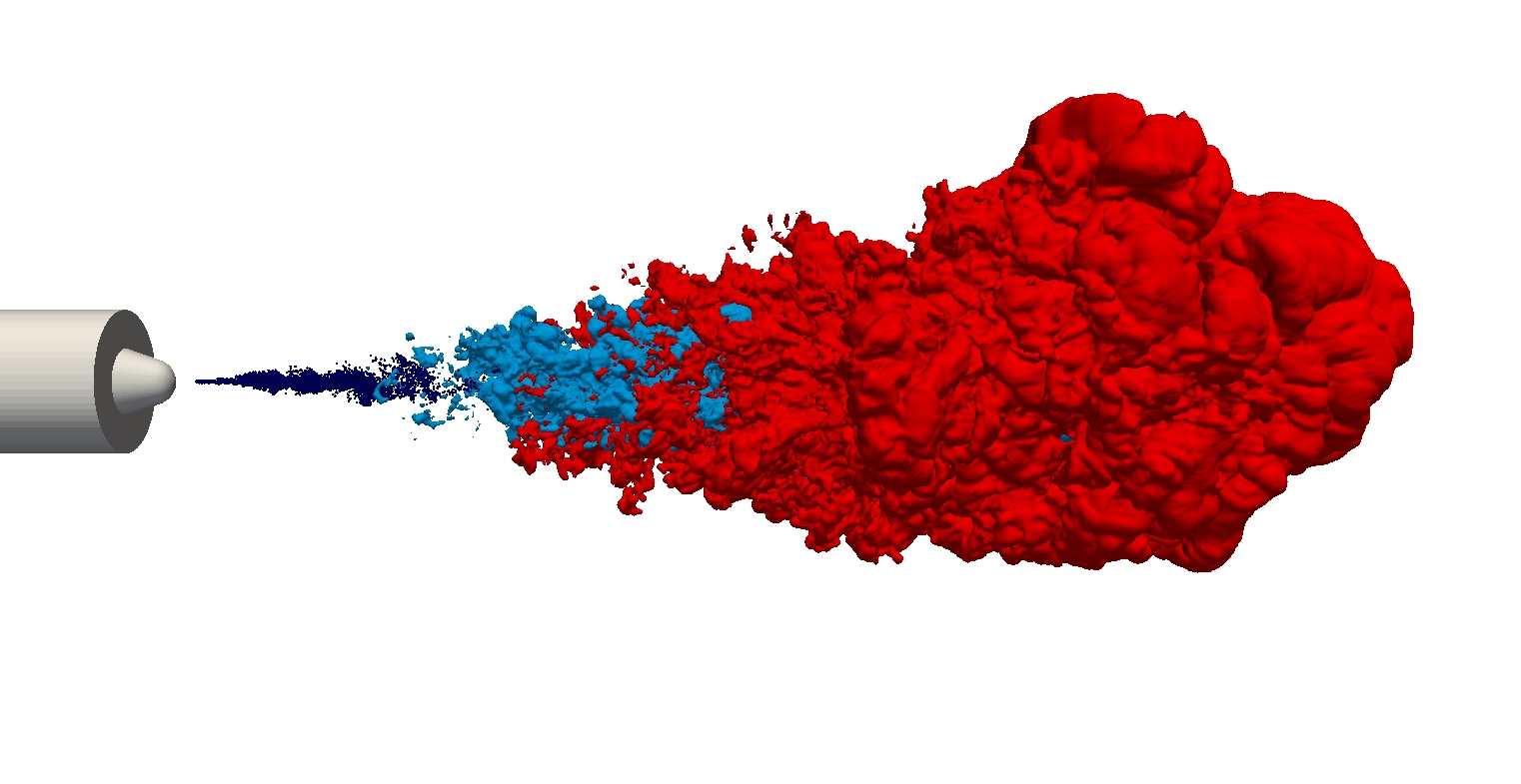