Probabilistic approach of a flow pattern map for horizontal, vertical, and inclined pipes

A way to predict two-phase liquid-gas flow patterns is presented for horizontal, vertical and inclined pipes. A set of experimental data (7702 points, distributed among 22 authors) and a set of synthetic data generated using OLGA Multiphase Toolkit v.7.3.3 (59 674 points) were gathered. A filtering process based on the experimental void fraction was proposed. Moreover, a classification of the pattern flows based on a supervised classification and a probabilistic flow pattern map is proposed based on a Bayesian approach using four pattern flows: Segregated Flow, Annular Flow, Intermittent Flow, and Bubble Flow. A new visualization technique for flow pattern maps is proposed to understand the transition zones among flow patterns and provide further information than the flow pattern map boundaries reported in the literature. Following the methodology proposed in this approach, probabilistic flow pattern maps are obtained for oil–water pipes. These maps were determined using an experimental dataset of 11 071 records distributed among 53 authors and a numerical filter with the water cut reported by OLGA Multiphase Toolkit v7.3.3. 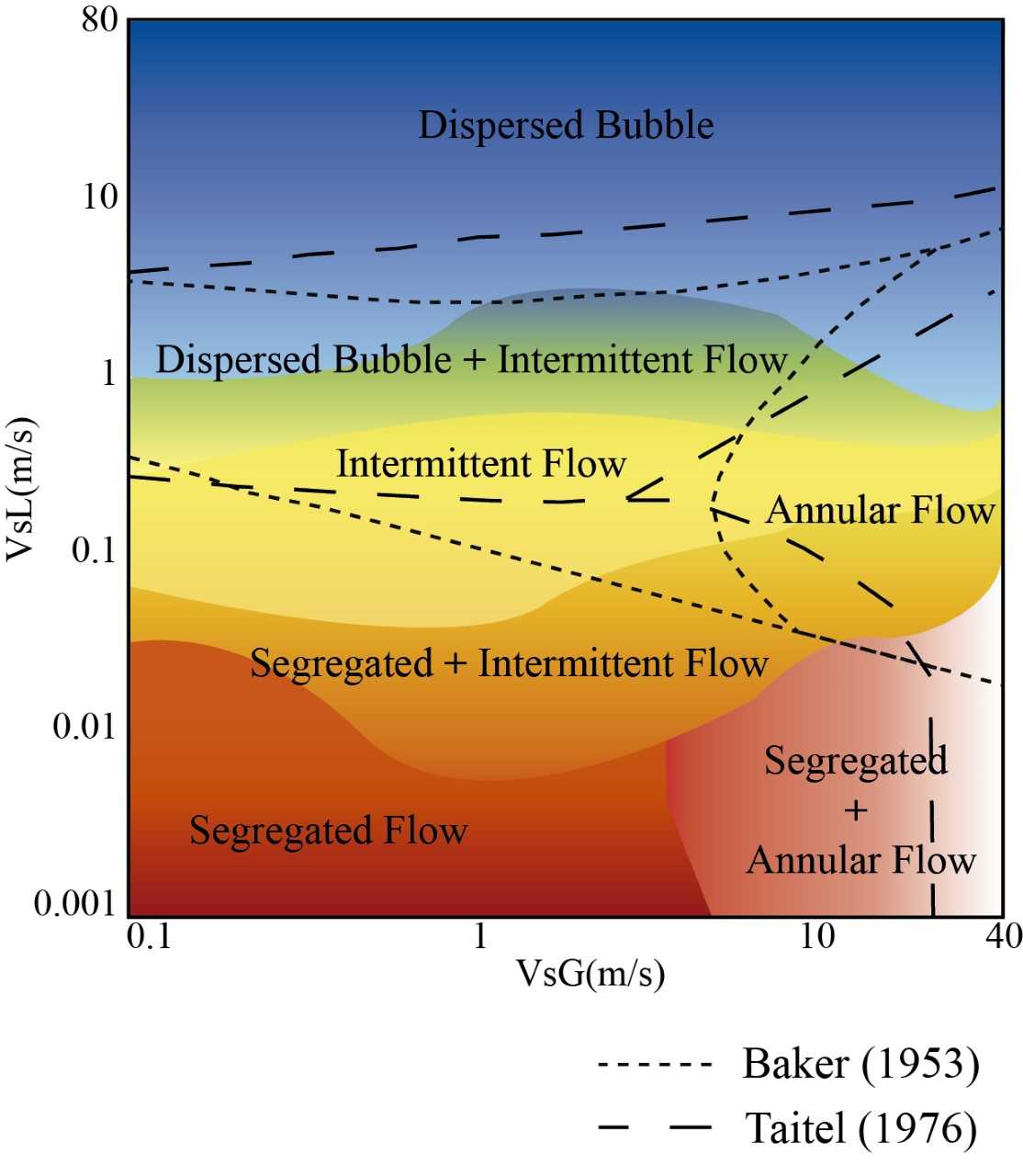