In order to quantitatively evaluate the pore-scale formation damage of tight sandstones caused by asphaltene precipitation during CO2 flooding, the coreflood tests and Nuclear Magnetic Resonance (NMR) relaxometry measurements have been designed and applied. Five CO2 coreflood tests at immiscible, near-miscible and miscible conditions were conducted and the characteristics of the produced oil and gas were analyzed. For each coreflood test, the T2 spectrum of the core sample was measured and compared before and after CO2 flooding to determine the asphaltene precipitation distribution in pores. It is found that, the solubility and extraction effect of the CO2 plays a more dominant role in the CO2-EOR (Enhanced Oil Recovery) process with higher injection pressure. And, more light components are extracted and recovered by the CO2 and more heavy components including asphaltene are left in the core sample. Thus, the severity of formation damage influenced by asphaltene precipitation increases as the injection pressure increases. In comparison to micro and small pores (0.1–10 ms), the asphaltene precipitation has a greater influence on the medium and large pores (10–1000 ms) due to the sufficient interaction between the CO2 and crude oil in the medium and large pores. Furthermore, the asphaltene precipitation not only causes pore clogging, but also induces rock wettability to alter towards oil-wet direction. 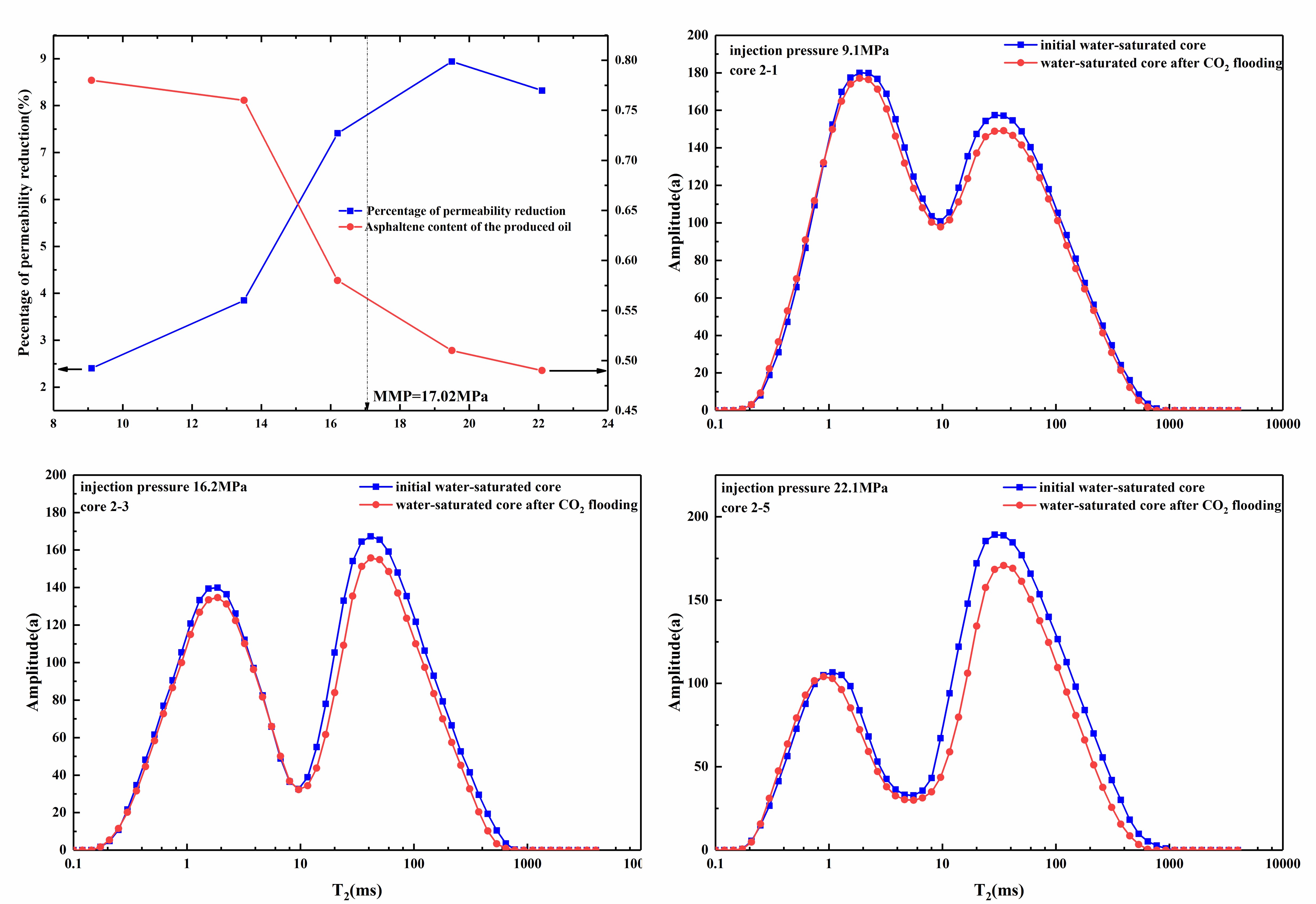