A Simplified Model Applied to the Barite Sag and Fluid Flow in Drilling Muds: Simulation and Experimental Results

In this work, a study on the modeling of sedimentation and transport of barite particles in drilling fluids was developed. The goal of this study was to evaluate the feasibility of using a simplified two-phase model based on conservation equations to describe the sedimentation of particulate material in drilling fluids. The model was evaluated in three different case studies, where the transport and the sedimentation of solid particles in a carrying fluid were simulated. The simulation results included a two-dimensional flow of liquid in the absence of particles; the axial flow of fluid and particles to investigate the existence of the slip velocity; and the one-dimensional particle settling in drilling fluids. The resulting model used to predict the barite sag is based on the conservation equations and uses the Eulerian approach to take into account the two-phase flow. The model was able to predict the barite sedimentation as well as the formation and properties of the bed of particles. Moreover, the proposed model can be used to evaluate the influence of the particle size, the liquid viscosity, and the solids concentration on the sedimentation process of particles in drilling fluids. Experimental work was also conducted in order to estimate the parameters of the proposed model related to the solid-solid force interaction due to solid particles, and the contribution of the pressure gradient. The results were analyzed by using the one-way ANOVA test for a 95% confidence level, and showed significant reproducibility. Therefore, despite to the simplicity of the proposed model, it could be used as a first approach to the modeling of the barite sag in drilling fluids. 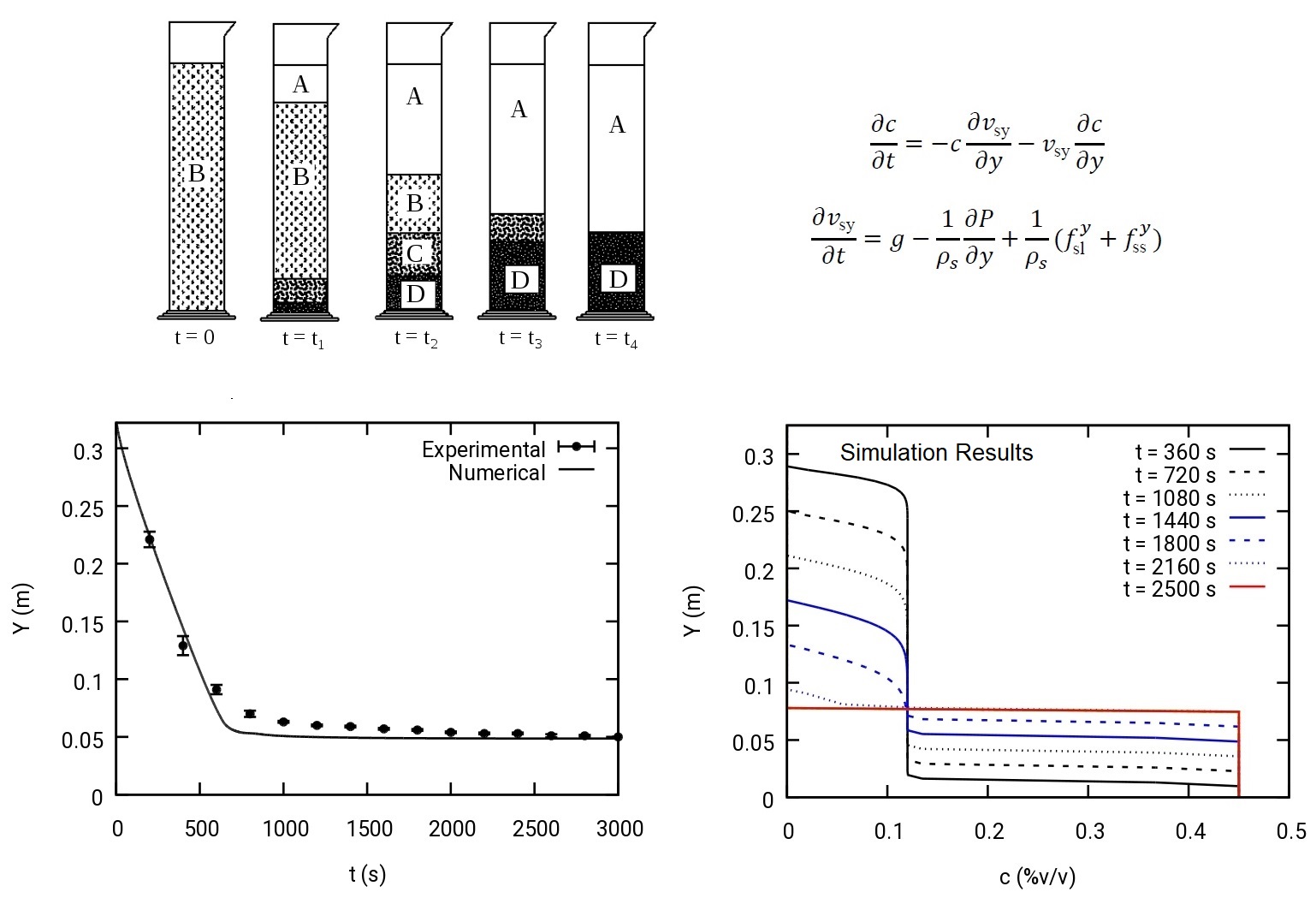