Wettability of sedimentary rock surface is an essential parameter that defines oil recovery and production rates of a reservoir. The discovery of wettability alteration in reservoirs, as well as complications that occur in analysis of heterogeneous sample, such as shale, for instance, have prompted scientists to look for the methods of wettability assessment at nanoscale. At the same time, bulk techniques, which are commonly applied, such as USBM (United States Bureau of Mines) or Amott tests, are not sensitive enough in cases with mixed wettability of rocks as they provide average wettability values of a core plug. Atomic Force Microscopy (AFM) has been identified as one of the methods that allow for measurement of adhesion forces between cantilever and sample surface in an exact location at nanoscale. These adhesion forces can be used to estimate wettability locally. Current research, however, shows that the correlation is not trivial. Moreover, adhesion force measurement via AFM has not been used extensively in studies with geological samples yet. In this study, the adhesion force values of the cantilever tip interaction with quartz inclusion on the shale sample surface, have been measured using the AFM technique. The adhesion force measured in this particular case was equal to the capillary force of water meniscus, formed between the sample surface and the cantilever tip. Experiments were conducted with a SiconG cantilever with (tip radius of 5 nm). The adhesion forces between quartz grain and cantilever tip were equal to 56.5 ± 5 nN. Assuming the surface of interaction to be half spherical, the adhesion force per area was 0.36 ± 0.03 nN/nm2. These measurements and results acquired at nano-scale will thus create a path towards much higher accuracy-wettability measurements and consequently better reservoir-scale predictions and improved underground operations. 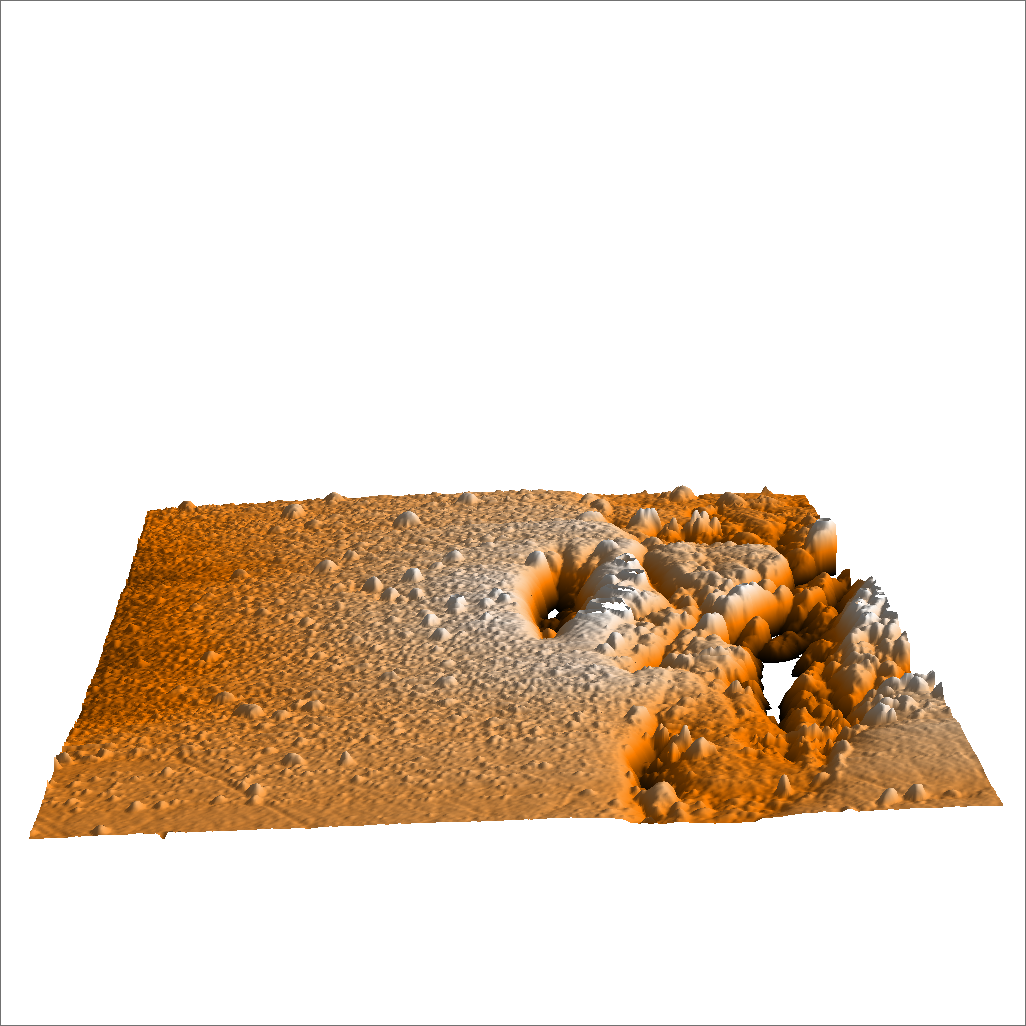