Statistical estimation of frictional coefficients of faults based on a structural dataset in the Tuy Hoa–Vung Tau Region, Viet Nam

This study estimates the shear friction coefficient from shear friction angles for the prediction of slip tendencies in the Tuy Hoa–Vung Tau region of Southern Vietnam. A dataset consisting of measured data of 355 fractured planes, striations, and unconformities in coastal areas as well as 239 offshore faults was analyzed based on the principles of statistical probability. As a result, 138 friction angles for the onshore and offshore faults were calculated based on shear fracture conjugate pairs. The goodness-of-fit test was used to define the probability distribution of the friction angles, which had a normal distribution. The acceptable average of friction angles for the onshore region with a reliability of more than 95% were in the range of 25.8–31.5°, which corresponds to frictional coefficients of 0.48–0.61. The acceptable average friction angles for the offshore region were relatively low at 23–31°, which corresponds to a frictional coefficient of 0.42–0.60. Owing to the heterogeneity of the fault system, the median value (19.12°) should be used as the lowest threshold value for slipping faults at all conditions. The recommended applicable average friction angles are 28.65° and 27° for the onshore and offshore regions, respectively. The estimation of the frictional coefficients is highly reliable, and it can be applied to other subsurface resource exploitation projects within the study area. 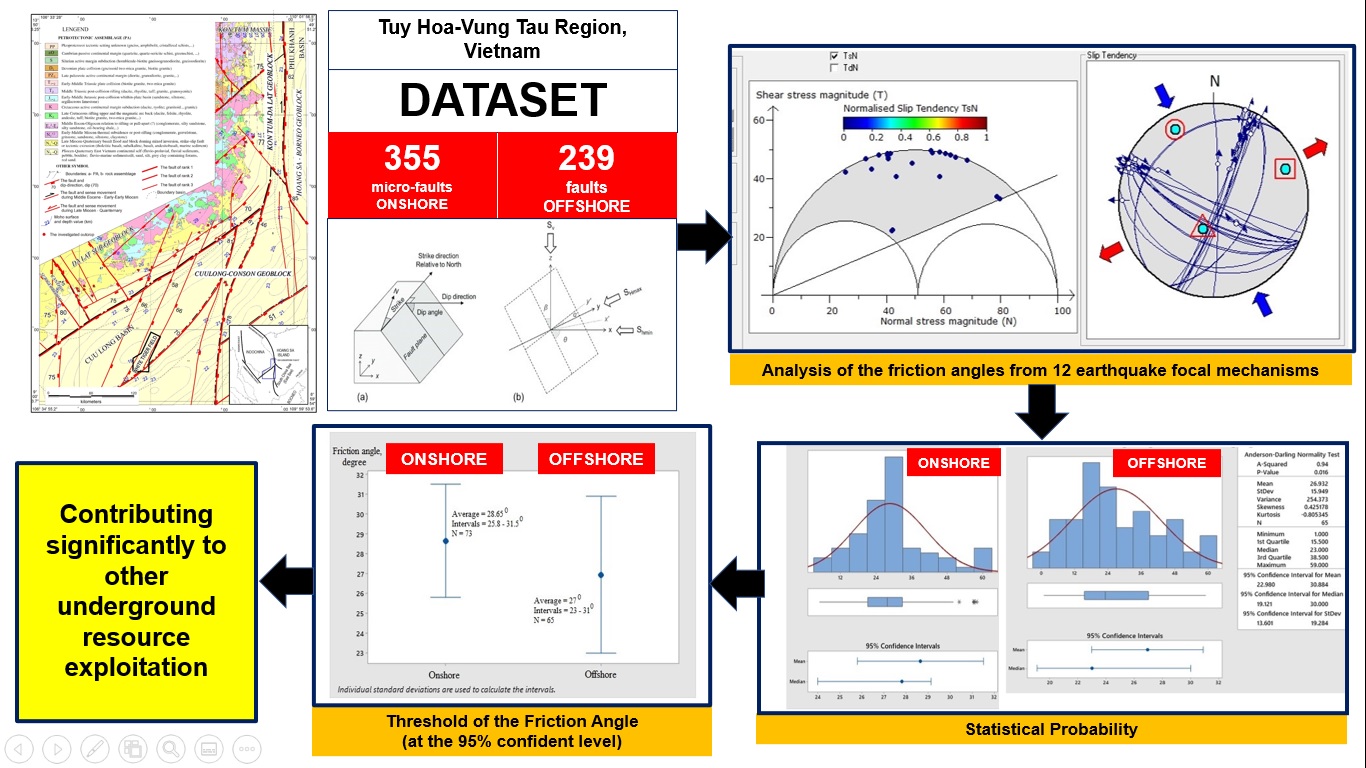