The main objective of the present work was to study the influence of different operating conditions in the microwave drying of drill cuttings and an eventual degradation of the condensed liquid collected during this operation. For this, a Central Composite Design (CCD) was used, considering three independent variables at three levels: initial olefin content (7.5, 10, and 12.5% w/w), power (250, 500, and 750 W), and time (5, 10, and 15 min); the residual olefin content being the response analyzed in the conducted tests without monitoring or control of the cutting’s temperature. All three variables studied were statistically significant, presenting a positive or negative effect on residual olefin content. As expected, the initial olefin content had a negative effect on the response. On the other hand, when considering the applied power and the drying time, the effect on decontamination yield was positive. The results showed that cuttings can be decontaminated at lower levels than those required by environmental legislation (offshore drilling), reaching residual olefin mass contents of less than 1%. Finally, the organic phase of recovered liquids, after the condensation of vapors produced during drying, was analyzed by gas chromatography technique. It was observed greater olefin degradation in the longer and higher power tests, especially in samples of condensed liquid collected inside the microwave oven. 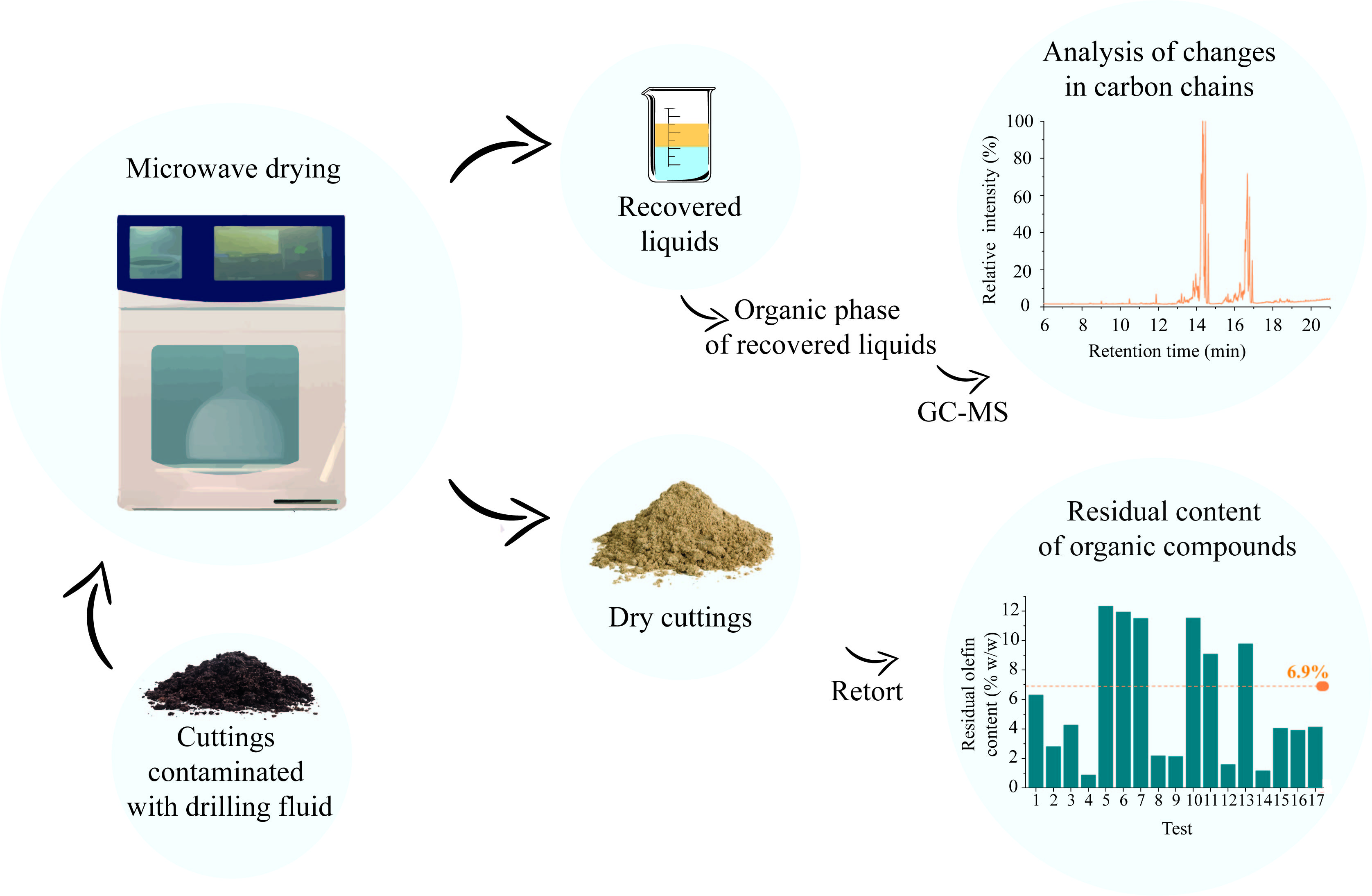