Abnormal climate changes cause adverse physical and geographical processes (erosion of soils, waterlogging, flooding, etc.) over the world. This situation stipulates study on effect of soil foundation malleability on pipeline transition strength because of its important diagnostic value. 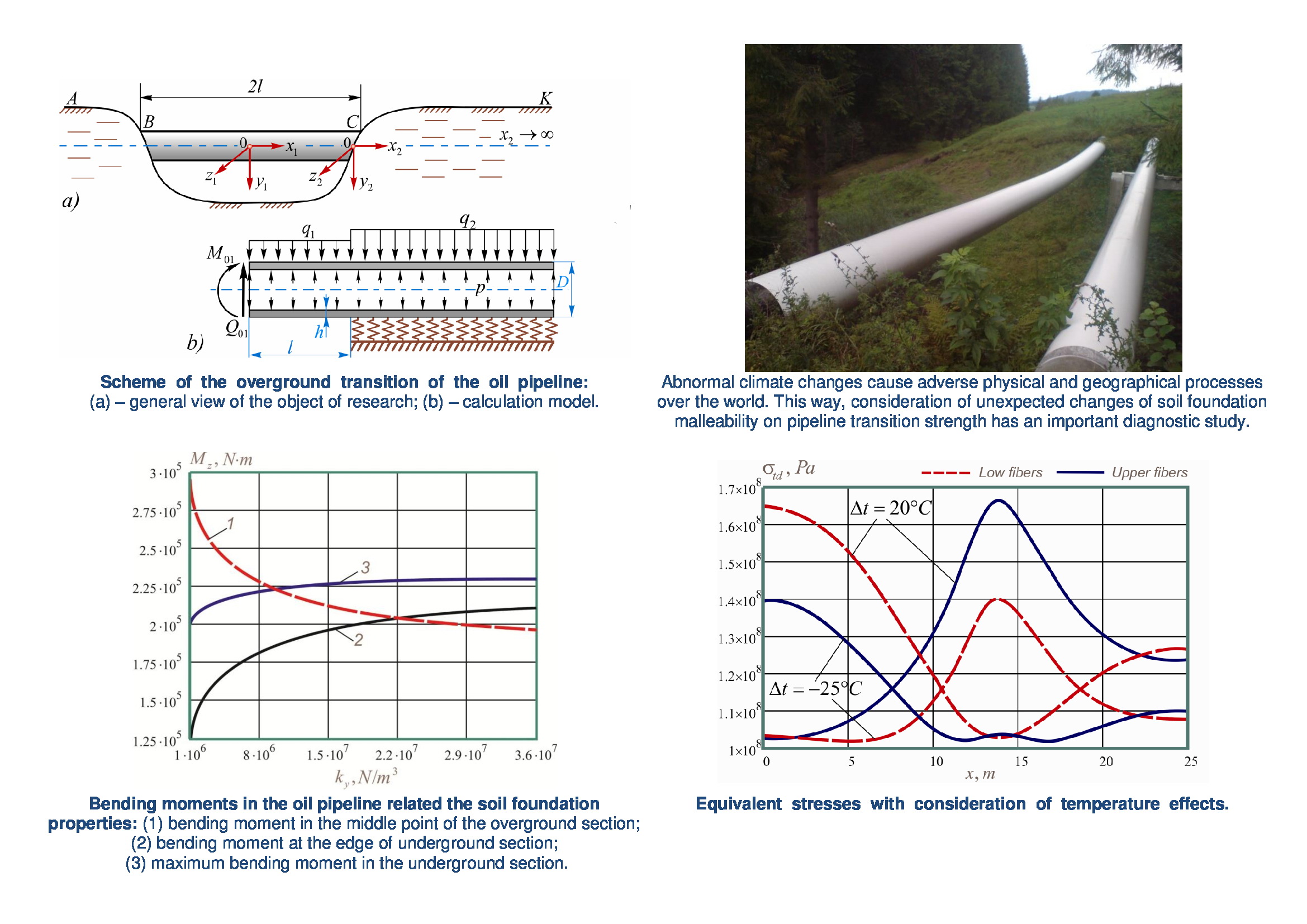