In this paper, the stochastic equations of droplet motion in turbulent flow, proposed recently by Gorokhovski and Zamansky (2018, Phys. Rev. Fluids 3, 3, 034602), are assessed for turbulent spray dispersion in diesel like conditions along with Large Eddy Simulation (LES) for the gaseous flow. For droplets above the Kolmogorov length scale, this model introduces the concept of the stochastic drag, independently of laminar viscosity. For droplets below the Kolmogorov length scale, the model equation does depend on the laminar viscosity through the Stokes drag but the particle motion is stochastically forced. Both the stochastic drag and the stochastic forcing of the Stokes drag equation are based on the simple log-normal stochastic process for the viscous dissipation (ϵ) “seen” along the droplet trajectory. In this paper, this model is applied in the framework of two-way coupling, wherein the turbulence generated by the spray inturn controls the spray dispersion. The criterion for the choice of one of the approaches, i.e., the stochastic drag or the stochastic forcing, follows the classical condition for drag coefficient based on the droplet Reynolds number (Re p). The non-vaporizing spray experiments from Engine Combustion Network (ECN) are used as test cases. In addition to the comparison of the spray penetration length, spreading angle and spray structure with the experimental data, a qualitative analysis of the statistics of the droplet acceleration and gas phase velocities is presented. It was shown that the new approach is much more effective in modeling the spray dynamics on relatively coarser mesh. Consequently, the new approach in the framework of two-way coupling may predict the preferential concentration effects better, which is important for spray combustion. 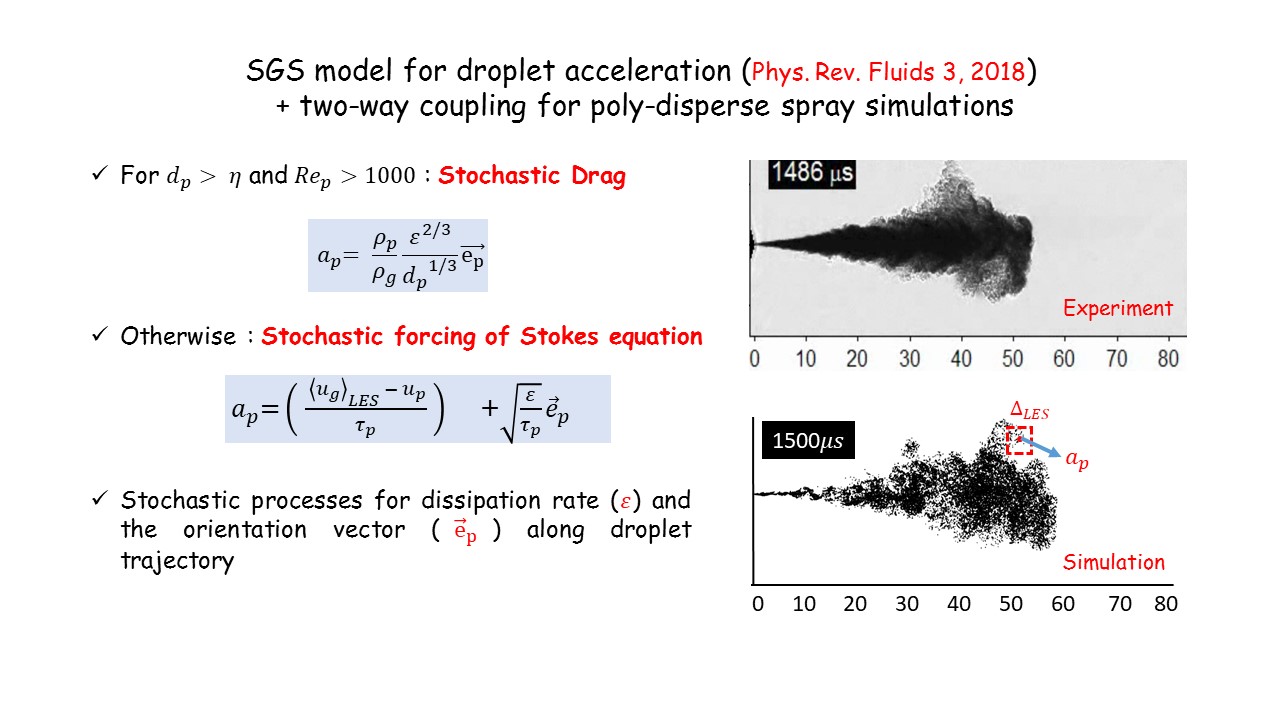