Whether or not the tight oil in the Triassic Yanchang Formation of the Ordos Basin is controlled by structural factors is a controversial issue, the relationship between the structural factors of the strata and the distribution of tight oil is limited to the study of current structures. The traditional view is that structural factors have no obvious control over the formation and distribution of the oil reservoir. Taking the Chang 8 member of the Triassic Yanchang Formation in the Ordos Basin as an example, this paper studies respectively the burial of strata-hydrocarbon generation history of the individual well and the structural evolution history of strata in the basin by using software tools of the Genex burial-hydrocarbon generation history restoration and TemisFlow evolution of stratigraphic structures. It is considered that the hydrocarbon generation period of the source rock of the Triassic Yanchang Formation in the Ordos Basin is from early Middle Jurassic to end of Early Cretaceous. By reconstructing the evolution and structure of the Chang 8 member during the hydrocarbon accumulation period, combined with a comprehensive analysis on the distributional characteristics of the Chang 8 oil reservoir, we found the palaeoslopes and palaeohighs of the Chang 8 reservoir to represent areas in which tight oils were distributed. Palaeo-structural characteristics of the target layer exhibit control over the Chang 8 reservoir. The new theory underlying tight oil exploration, which is based on the recovery of the palaeogeomorphology of the target layer during the hydrocarbon generation period, incorporates the vital roles of key controlling factors over tight oil accumulation, so that the mind-set on tight oil exploration in the Ordos Basin has evolved. 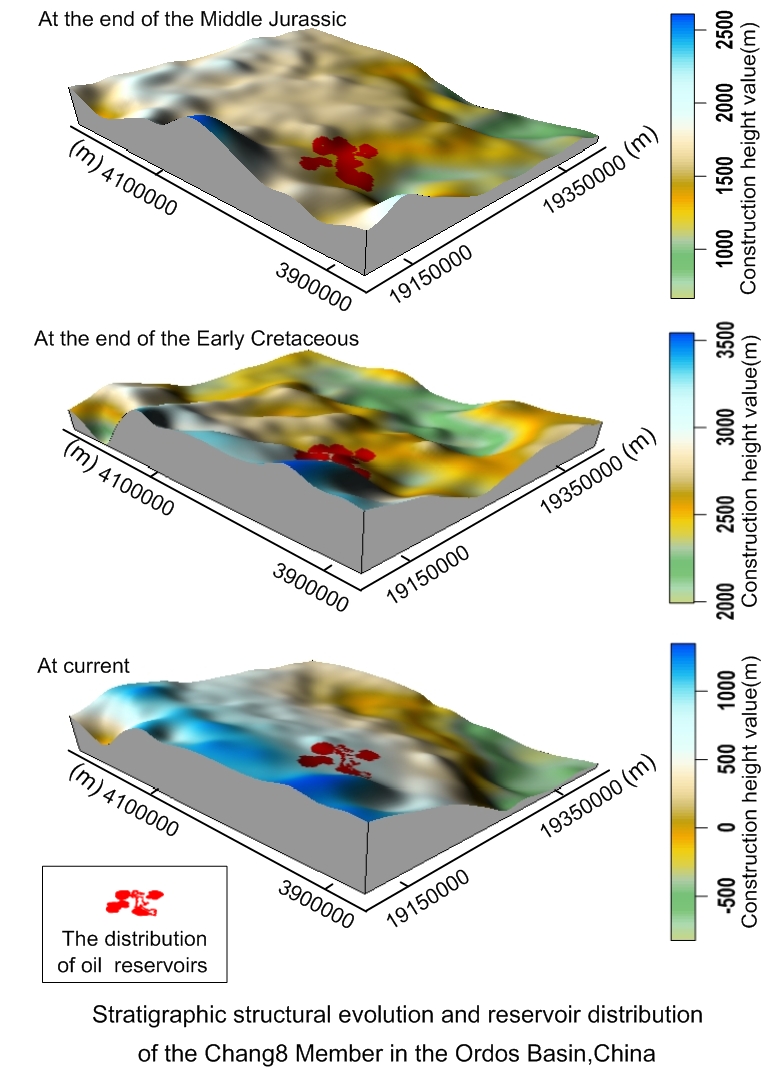