Oil production facilities have choke/control valves to control production and protect downstream equipment against over pressurization. This process is responsible for droplets break up and the formation of emulsions which are difficult to treat. An experimental study of water in oil dispersion droplets break up in localized pressure drop is presented. To accomplish that, an apparatus simulating a gate valve was constructed. Droplet Size Distribution (DSD) was measured by laser light scattering. Oil physical properties were controlled and three different break up models were compared with the experimental results. All experimental maximum diameters (dmax) were above Kolmogorov length scale. The results show that dmax decreases with increase of energy dissipation rate (ε) according to the relation dmax ∝ ε−0.42. The Hinze (1955, AIChE J.1, 3, 289–295) model failed to predict the experimental results, although, it was able to adjust reasonably well those points when the original proportional constant was changed. It was observed that increasing the dispersed phase concentration increases dmax due to turbulence suppression and/or coalescence phenomenon. Turbulent viscous break up model gave fairly good prediction. 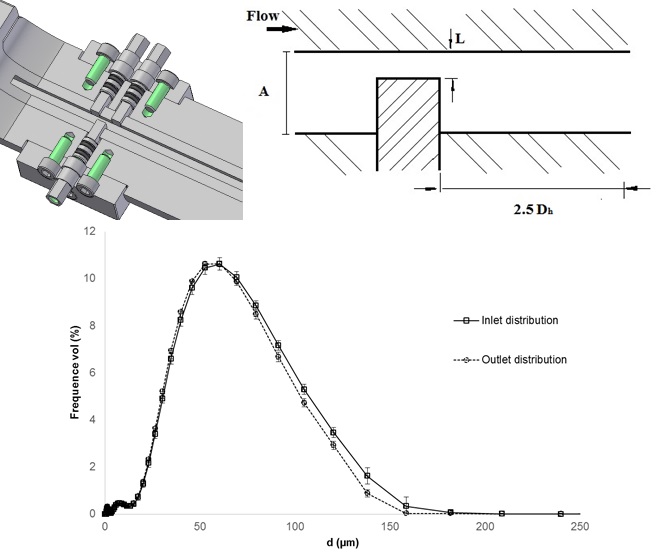