This contribution shows the acquired experience during the scale-up of a NiMoP/γAl2O3 catalyst employed for the hydrotreating and mild hydrocracking of heavy gasoil. Three different strategies were adopted for preparing catalyst batches at pilot scale. They consisted on co-impregnation of γ-alumina extrudates with aqueous solutions containing Ni and Mo salts and phosphoric acid in one or two successive steps. The textural, chemical composition, mechanical strength, metallic surface dispersion and elemental radial distribution profile properties were influenced by the impregnation procedure employed. The co-impregnation with diluted Ni, Mo and P solutions in two successive steps is the best way to prepare the catalyst. This procedure provides a catalyst that exhibits better physico-chemical properties and catalytic activity profile than the other impregnation methods investigated. Heat and mass transfer limitations became very important when preparing catalysts in large quantities. The diffusion intra-particle and extra-particle was observed influenced by the density and viscosity properties of the metallic solution, the liquid-solid contact angle, the reactivity of phosphate, polymolybdate and phosphomolybdate species with the alumina surface hydroxyl groups, the raise of temperature produced in the solid particles during the initial impregnation step and the porosity properties of the catalyst support. It was concluded that the fine control of the metal distribution on the alumina surface during the impregnation is crucial for producing highly active uniform catalysts. 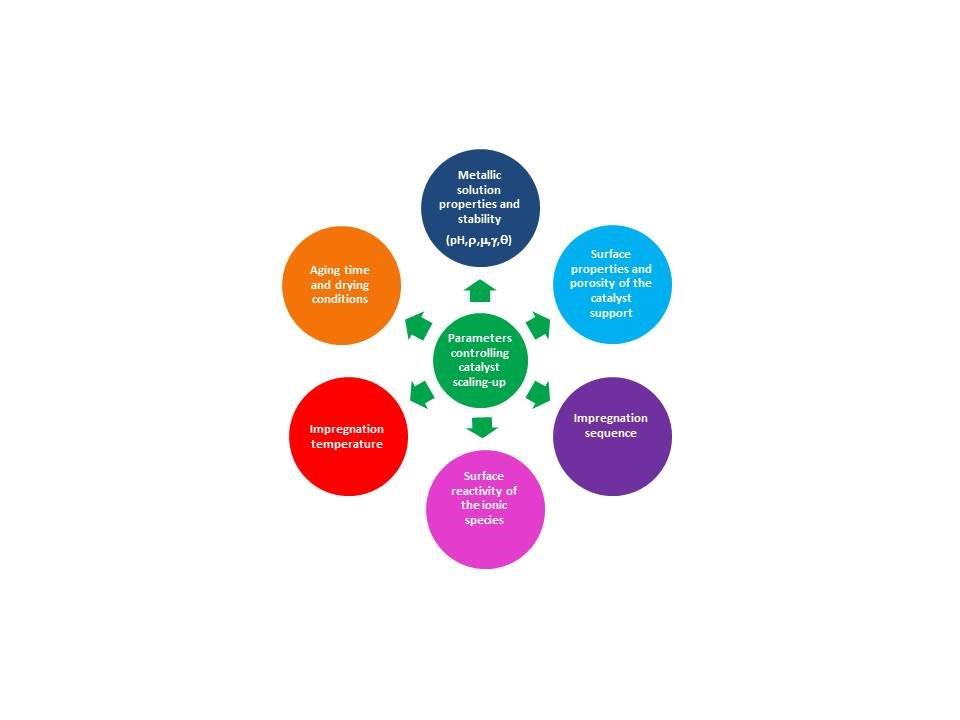