The Southern Campania Margin (SCM) represents a key area of the Central Mediterranean because it records all the rifting stages of the Tyrrhenian Sea. The interpretation of a seismic dataset calibrated with deep wells and outcrops, using seismic stratigraphy and structural geology methods in a dedicated Geographic Information System (GIS) environment, the seismic depth conversion, the generation of 2-D and 3-D models led to the reconstruction of a polyphased tectono-stratigraphic evolution of the SCM. During the early stage of Tyrrhenian opening a terrigenous transtensional Basin (Langhian-Tortonian Cilento Basin) formed on the Liguride accretionary prism adjacent to the Calabria crystalline terrane. In the SCM the Liguride thrust sheets tectonically overly the Apennine Platform units and both these nappes have been dismembered by Quaternary faults. Three rifting stages, not homogeneously distributed, affected the region since the Lower Pleistocene. They are associated to the deposition of a thick Quaternary succession (A, B and C units). During these Pleistocene stages there was an abrupt change of the extension direction (from NE-SW to NW-SE) accompanying a change of the nappe transport direction of the Southern Apennines. The construction of balanced sections using dedicated software, permitted us to recognize the true geometry of the faults and compute the amount of Quaternary extension of the SCM that results comparable to those calculated for other sectors of the Tyrrhenian margin and further extensional regions worldwide. 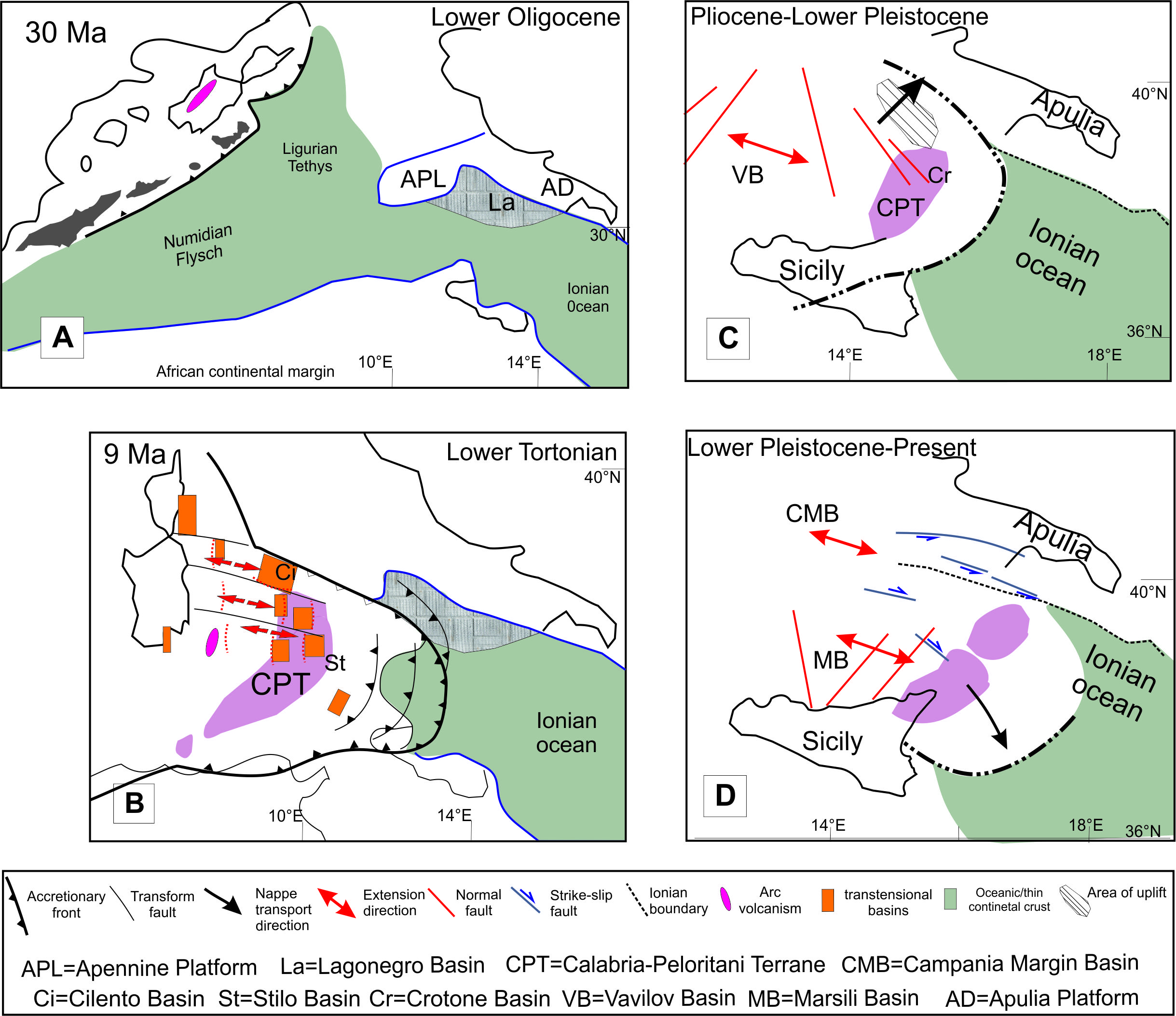