As renewables are progressively displacing thermal plants in the power generation scene worldwide, the vocation of stationary Gas Turbines (GT) is deeply evolving. In this irreversible move GT plants are called upon to become cycling units with increasingly variable load profiles. This is dictated by the need to compensate for the fluctuations of renewable energy sources and secure the spinning reserve that is indispensable for the stability of the grids. This new scenario creates a serious challenge for gas turbine designers and operators in terms of investment policy, plant management and equipment lifetime. Indeed, operating a gas turbine at part, variable load requires reducing its firing temperature and possibly its air flow. While part load operation entails efficiency losses with respect to the full load mode, load variations cause maintenance penalties due the premature component ageing tied namely with thermal and low cycle fatigue effects on machine materials. As far as efficiency is concerned, an exergy analysis of a contemporary, air-based Brayton cycle is useful for quantifying and comparing the losses incurred by the various engine components. Such study reveals the high sensitivity of compressor efficiency to load decreases. Among possible counter-measures, heating the air at the compressor intake represents a simple mitigation measure, as it enables reducing the air flow rate while preserving to some extent the efficiency of the compressor and consequently GT efficiency. 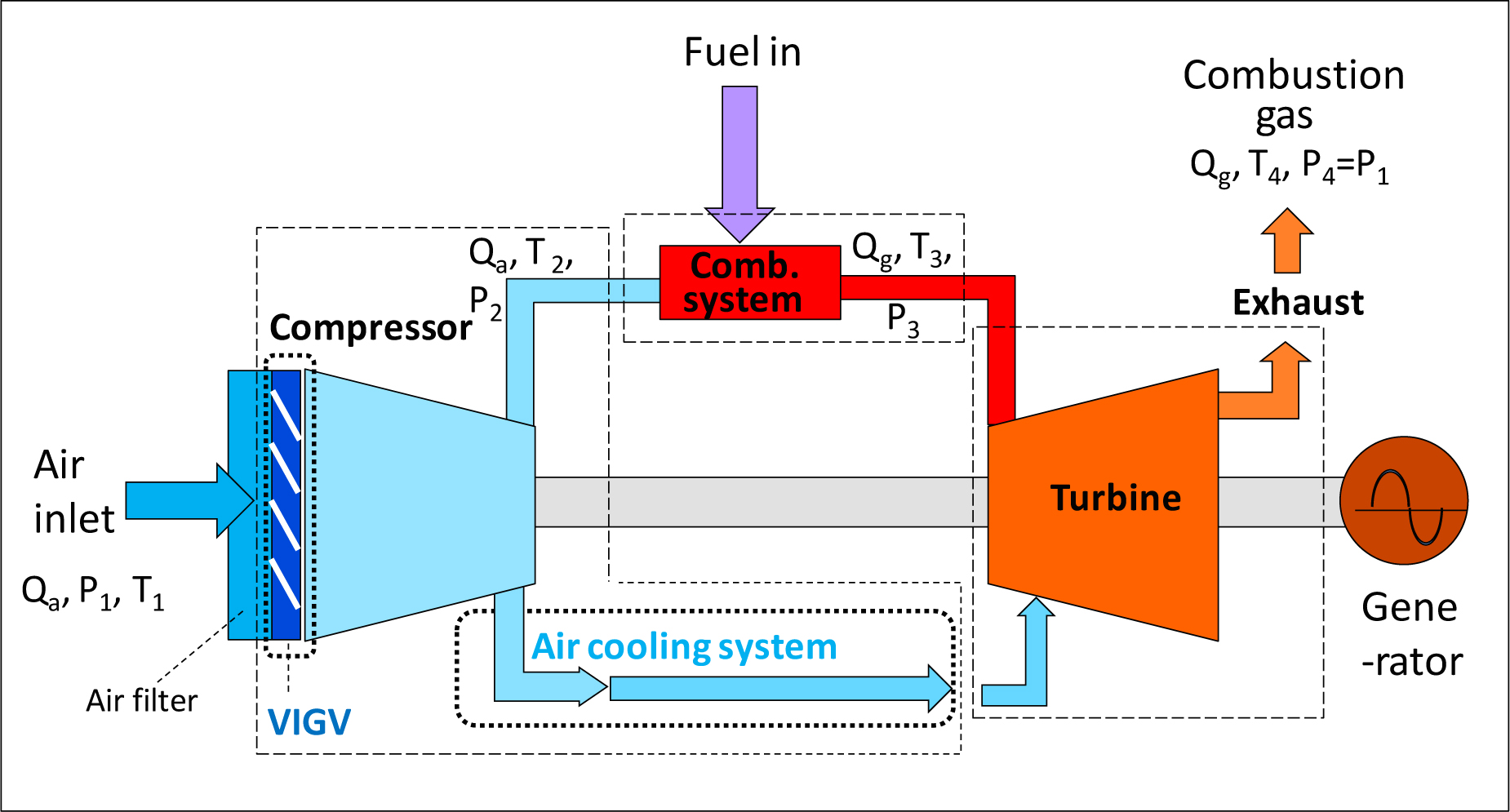