The direction of extension and the architecture of the Messinian basins of the Central Mediterranean region is a controversial issue. By combining original stratigraphic analysis of wells and seismic profiles collected offshore and onshore Calabria, we reassess the tectonic evolution that controlled the sedimentation and basement deformation during Messinian times. Three main deep sedimentary basins in the Calabria area record a Messinian succession formed by two clays/shales-dominated subunits subdivided by a halite-dominated subunit. The correlation with the worldwide recognized stratigraphic features permit to define the chronology of the stratigraphic and tectonic events. Three main rift basins that opened in a N-S direction have been recognized. On the contrary a fourth supradetachment basin opened toward the East. We found that the basin subsidence was controlled by two stages of activity of normal faults and that Messinian rift basins evolve in a deep-water environment. The overall pattern of extensional faults of the Central Mediterranean corresponds to normal faults striking parallel to the trench and normal faults striking at an oblique angle to the trench (Fig. 14). In particular in Campania and Calabria regions are present two rifts parallel to trench and an intervening rift orthogonal to the trench. We maintain that the recognized Messinian rift basins can be interpreted according to the “Double-door saloon tectonics”.

© A. Milia and M.M. Torrente, published by IFP Energies nouvelles, 2018 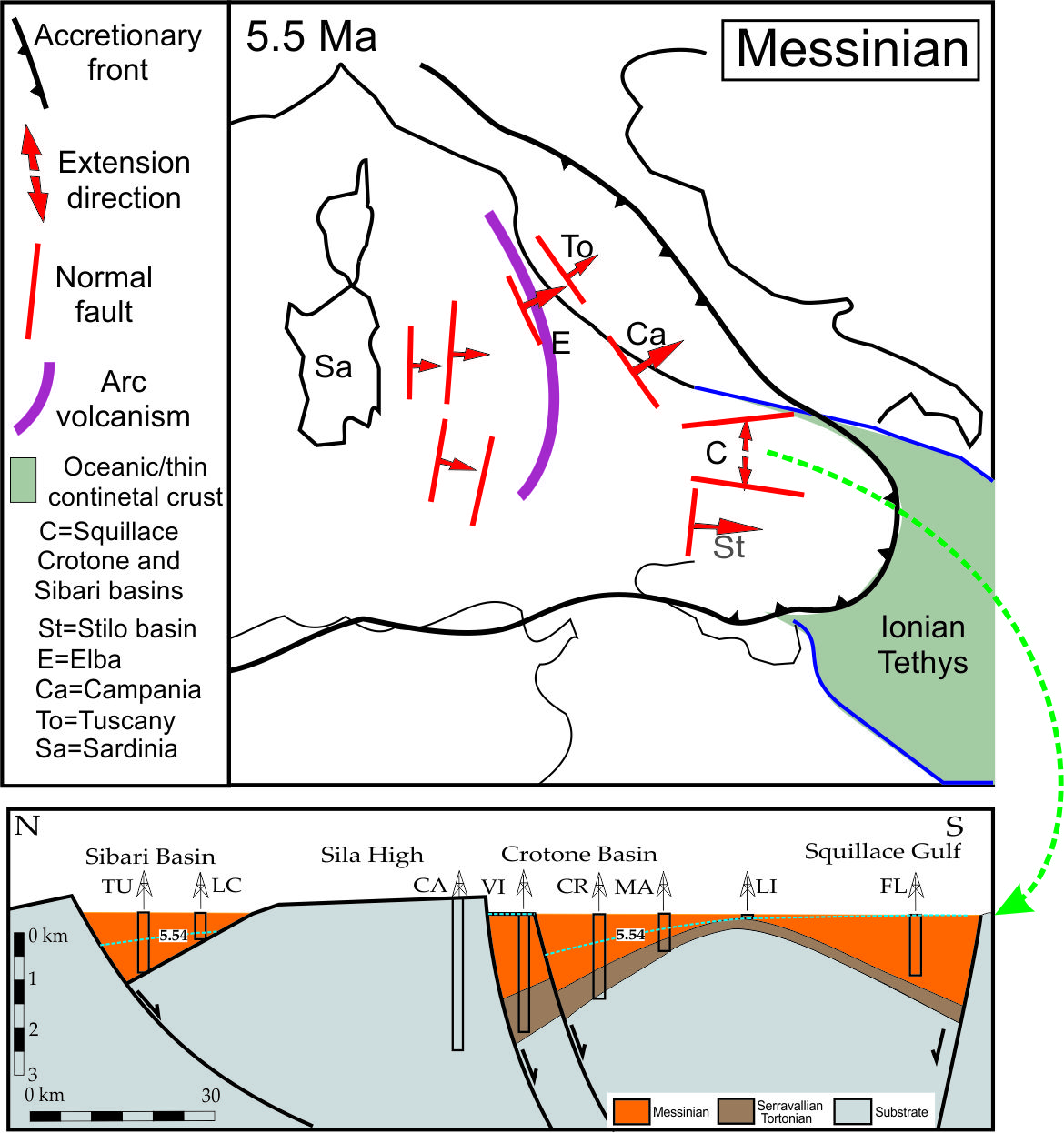