The transport of proppant-fracturing fluid mixture in a fracturing pipe can significantly affect the final proppant placement in a hydraulic fracture in horizontal well fracturing. To improve the understanding of the hydrodynamic performance of proppants in a curving fracturing pipe, a modified two-layer transport model was proposed by taking the viscoelastic properties of carrier fluid into consideration. Fluid temperature was determined by an energy equation in order to accurately characterize its rheological properties, and the Chang–Darby model was used to represent the viscosity-shear rate relationship. The flow pattern of particle-fluid mixture in a curving fracturing pipe was investigated, the effects of particle and fluid properties and injection parameters were analyzed, and a flow pattern map was established. Three transport stages are observed: (1) particles keep suspended in the carrier fluid at small inclined angle; (2) a small number of particles settle and accumulate on pipe bottom to form a particle bed load flow at intermediate inclined angle; (3) numerous particles settle out of carrier fluid and the particle bed quickly develops in an approximate horizontal pipe. The transition processes between different stages were observed, and the transition velocity from particle bed load flow to full suspension flow increases with the increase in inclined angle. However, an inverse transition phenomenon occurs at intermediate inclined angle, where the full suspension flow inversely turns into particle bed load flow with the increase in injected velocity. 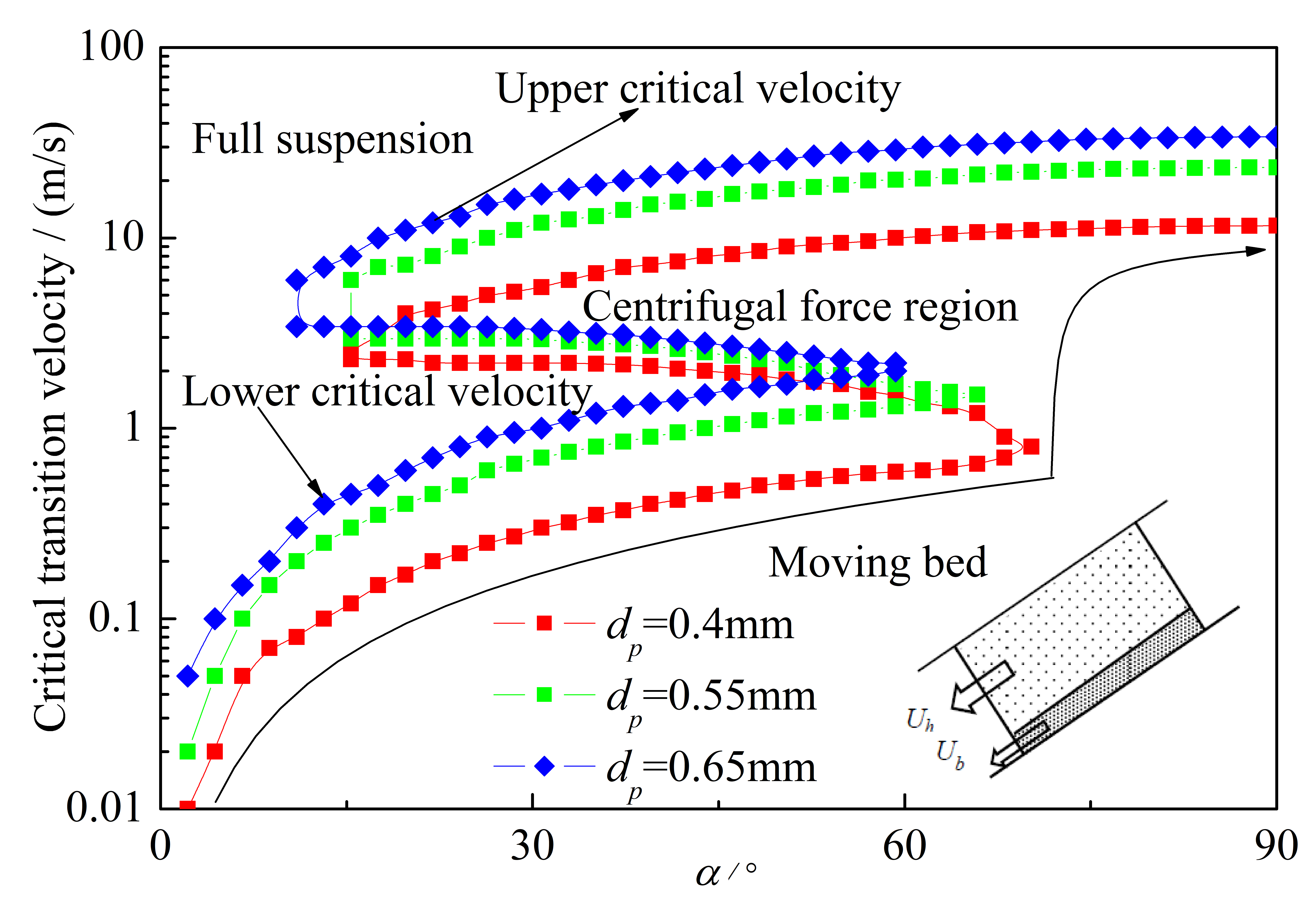