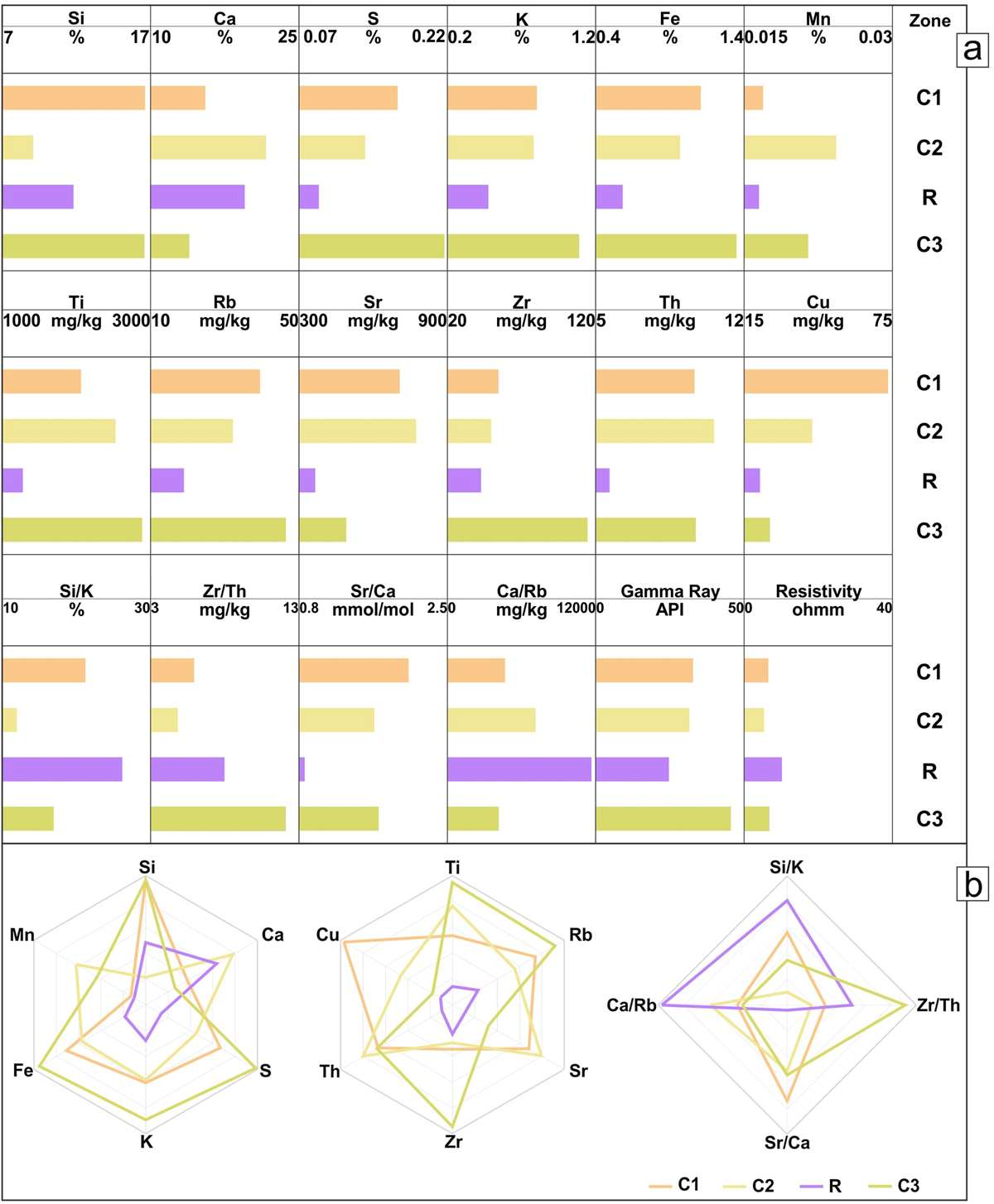 Mean elemental concentrations of C1 (Eocene), C2 (Campanian and Santonian–Coniacian–Turonian LST series), R (Campanian and Santonian–Coniacian–Turonian SST series) and C3 (Cenomanian) zone. (a) Bar charts plotted as per the in-situ stratigraphic order; (b) radar charts showing the fingerprint characteristic to each zone, the scale of each item plotted on the radar charts is the same to the one used in the bar charts. The use of radar plots have made possible the 2D data visualization of the mean concentrations from each zone. This plot easily helps to distinguish the R zone from the other zones in the study on a visual level. R zone has lower trace element concentrations compared to the surrounding formation. The opposite is valid for major elements like Si and Ca, which accumulate in the R zone, indicating a cleaner limestone with a possible biogenic sourced Si, confirmed by the fingerprint of the ratios radar diagram, where Ca/Rb and Si/K ratios plot distinctively higher compared to the one from C1, C2 and C3 zones.